With the recent cold snap bringing 30mm of rain to the Rock Farm, it has been the perfect opportunity to catch up on some reading.  This review is on Dark Emu, by Bruce Pascoe.  First published in 2014, this edition was updated in 2018 and incorporates many changes that were unearthed after the book was first published.

Whilst the journals of the first European explorers described the fertile parkland country they passed through, they failed to appreciate the subtlety of the managed landscape.  They thought the open fertile plains were ‘a happy accident of nature’, yet in the next page described how they supplemented their supplies by raiding caches of grain stored by the Aboriginal people. 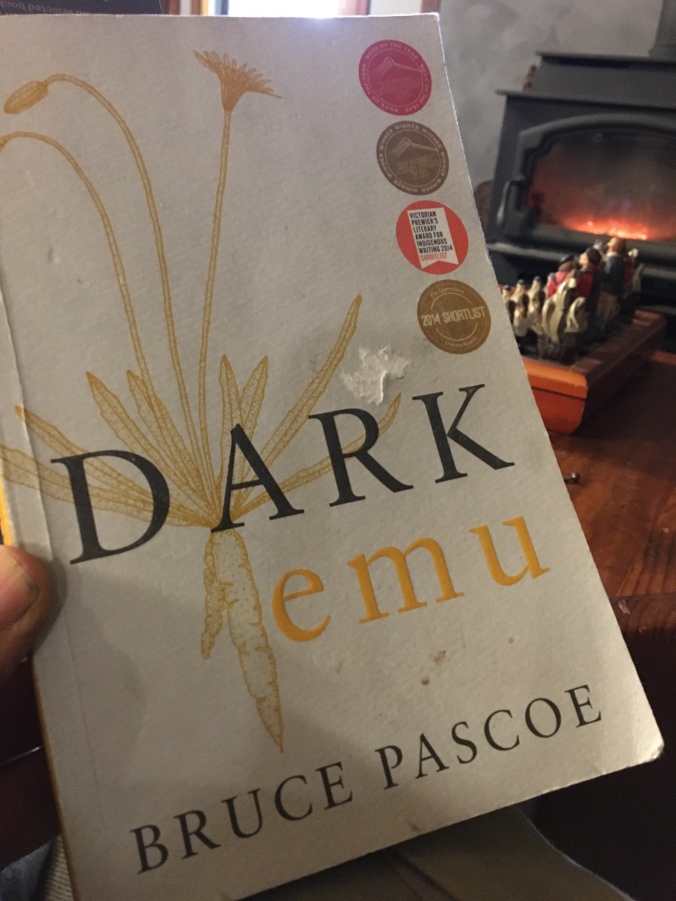 Evidence of the management of the landscape covers the entire continent.  From the diversion of waterways to irrigate crops, to the symbiotic relationship developed between the yam daisy and people, the message is clear.  The Aboriginal people had a sophisticated agricultural economy that supported permanent or semi-permanent villages with ingenious and often labour saving technologies.

Pascoe often quotes the journals of the explorers, as it is the most authoritative evidence remaining of the landscape and its inhabitants during these turbulent years. The Explorers were often amazed at how little effort the Aboriginal people needed to exert in order to meet their daily requirements.

Within a year or two of first contact, the landscape had irrevocably changed.  Whether by the introduced cattle and sheep eating the yam daisy and other crops to local extinction, the deconstruction of fish traps to allow passage of steamers on the waterways, or through the change in fire regime, the first contact aboriginal people found themselves unable to continue their sustainable harvest from the land.  This led to conflict with European settlers,  forever and tragically shaping the future relationship.

Once facet of this book that I found interesting is that this is a book of hope.  It attempts to re-write the common narrative that the Aboriginals were unsophisticated hunter gatherers, without apportioning blame for past wrongs.  There is definitely a feeling of loss at what has passed, and occasional frustrations at ignorance from individuals who should know better, but I felt this a book of hope and reconciliation.

What does this mean for us on the Rock Farm?

This book encourages me to look at our landscape differently.  Our property has been almost completely altered being one of the earliest areas opened up.  A local history written in the 1970’s describes the last of the Aboriginal elders dying in the 1890’s.  The evidence of the first people on the Rock Farm is hard to find.

On nearby properties, ochre pits have been recognised and a relationship re-established with the Ngunnawal people.  I look more closely at the landscape now, and at the creek, and see if there is evidence of fish traps.  It will never be what it was, but our journey to restore the soil health of the Rock Farm involves the creation of a managed park land.  This will hopefully embrace some of the principles the first people used in managing their landscape…  And if like the original inhabitants, I can get the work down to a few hours a day to support my family, I’ll be really happy!