Last Sunday night we were woken from our sleep by a strange noise reverberating around the house, and a sweet smell coming through the open windows.  It was the sound and smell of rain.  Lots of it.  It was such a glorious sound to hear, knowing that our tanks and dam would be filling with water, and we drifted back to sleep with smiles on our faces.

The next morning two things were apparent.  Firstly, we had received a wonderful 80mm or so of rain overnight, and secondly, the tickle in my throat and developed into a full blown cold.

So after feeding the cattle, I went back to lie on the couch and feel sorry for myself whilst Jo and the boy’s went for an explore around the property. 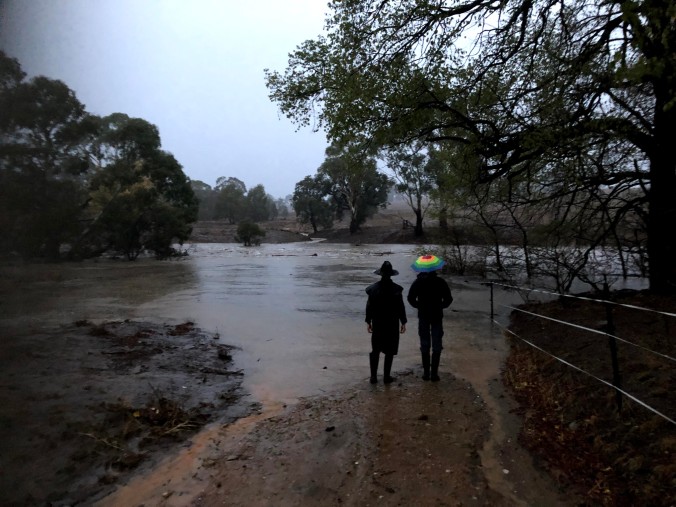 The first thing the boys excitedly reported was that the driveway was cut. 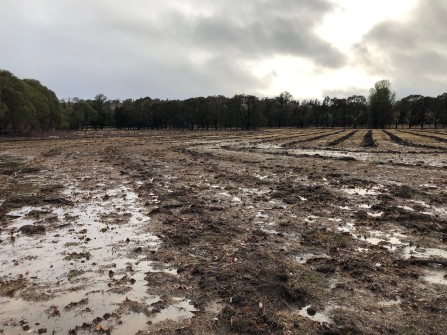 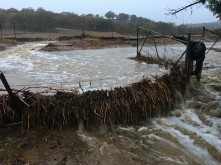 There was water running everywhere, and it was great to see where I had taken time to rip lines in the paddock, the water seemed to be soaking into the ground.  The rip lines looked to be more effective on the slopes than the flats, and I will be putting more effort into ripping these areas than ever before. 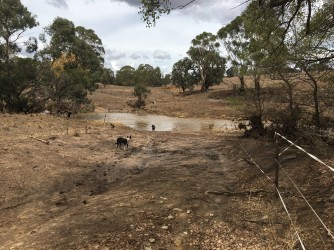 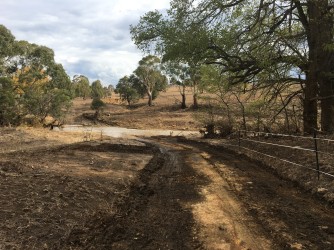 By lunchtime the water had receded and the crossing reopened – much to the boy’s disappointment. 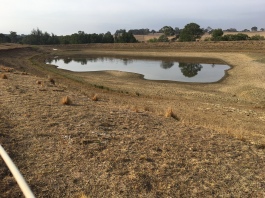 The most striking difference was in our large dam, which you may have remembered in my last post was less than 30cm deep across its entire area.  It had received a huge body of water overnight – with at least a third of it coming through our garden.

The change has been remarkable – with a green tinge almost overnight.  The grass needs follow up rain for all the seed that has germinated to mature and set its own seed.  The storm may have filled the dams and the tanks – but it hasn’t broken the drought.  If anything, we are feeding the cattle more now the rain has fallen, as what little quality  remained in the dry stubble has now gone. 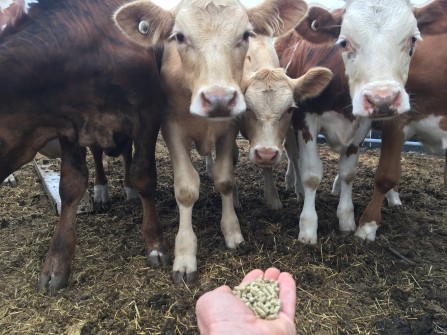 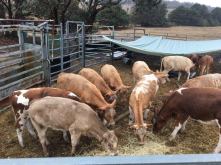 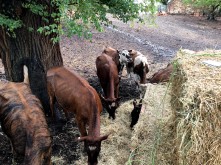 Since time began, our area has experienced dry conditions, and the old timers know that a storm or two isn’t enough to ‘break the drought’.  Our region still very much is sitting in the balance – but we were thrilled with our first real rain in over 12 months.

Nearly 50 years ago, a local historian Errol Lea-Scarlett wrote a wonderful history of our local area.  I was recently reading his work and was struck at how some things really haven’t changed.  Errol was describing the disastrous floods that struck our valley in 1870, 1894 and 1899.  These floods happened during periods of drought.

These occurrences served only to prove the fact that in coastal Australia a drought is not so much a time of no rainfall as a time when unusual climatic and environmental factors combine to make rainfall useless or even positively destructive…..  In March 1897 farmers began to cut down willows for stock feed.  The summer of 1897-1898 brought the first big plague of grasshoppers.  They could do little to worsen the condition of the empty pastures, yet where the insects came to rest and died in the little greenery remaining near Lake George the stinking piles of their carcasses, sometime two feet high, were so offensive that cattle were driven from the water.

This rainfall has been extremely useful.  It filled our dams, at a time when we were seriously considering getting rid of all stock.  It has given hope that perhaps we will get some autumn growth and whilst we will reduce numbers over winter, I think we are in a better position than we were a week ago.

The only problem was that I was crook.  Proper crook.  Whilst part of me wanted to skip for joy, I really needed to get better.  I spent a couple of days in bed, and then when I thought I was past the worst of it,  I sat down for a few minutes on the couch and lost four hours.  When I finally returned to the land of the living I found someone had taken a cheeky photo of the hound and I. 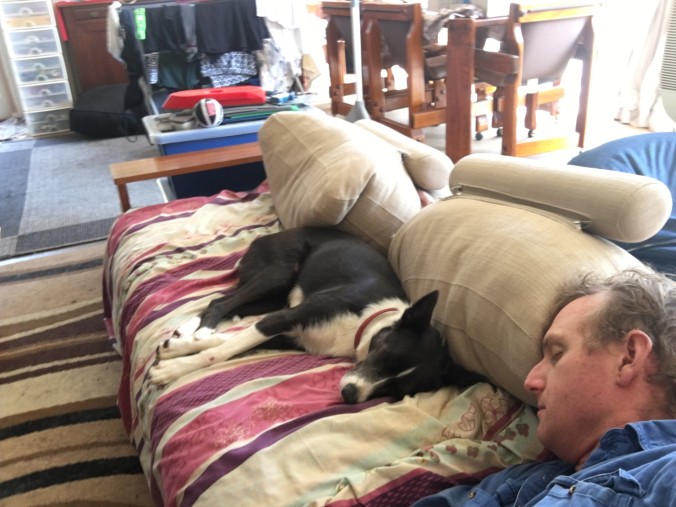 Thankfully I have emerged out the other side of my cold and it is great to feel human again, although I think Sapphire secretly enjoyed our little quiet time on the couch!  As I get about more, I’ll share more photos of the farm returning to life… and keep my fingers crossed we don’t get a plague of grasshoppers.