Whilst a bubbling brook by the back door sounds wonderfully peaceful, there is nothing peaceful about finding a new water source with a jack hammer.  This happened to me the other day, and caused me some angst.

I was digging to put a new fitting on some 2 inch poly pipe.  I had carefully followed the pipe and avoided the water inlet to the house.  As I found the pipe I was looking for, I brought the jack hammer in to expose the pipe so I could clean it prior to fitting the new joiner, when all of a sudden, water shot up at me. 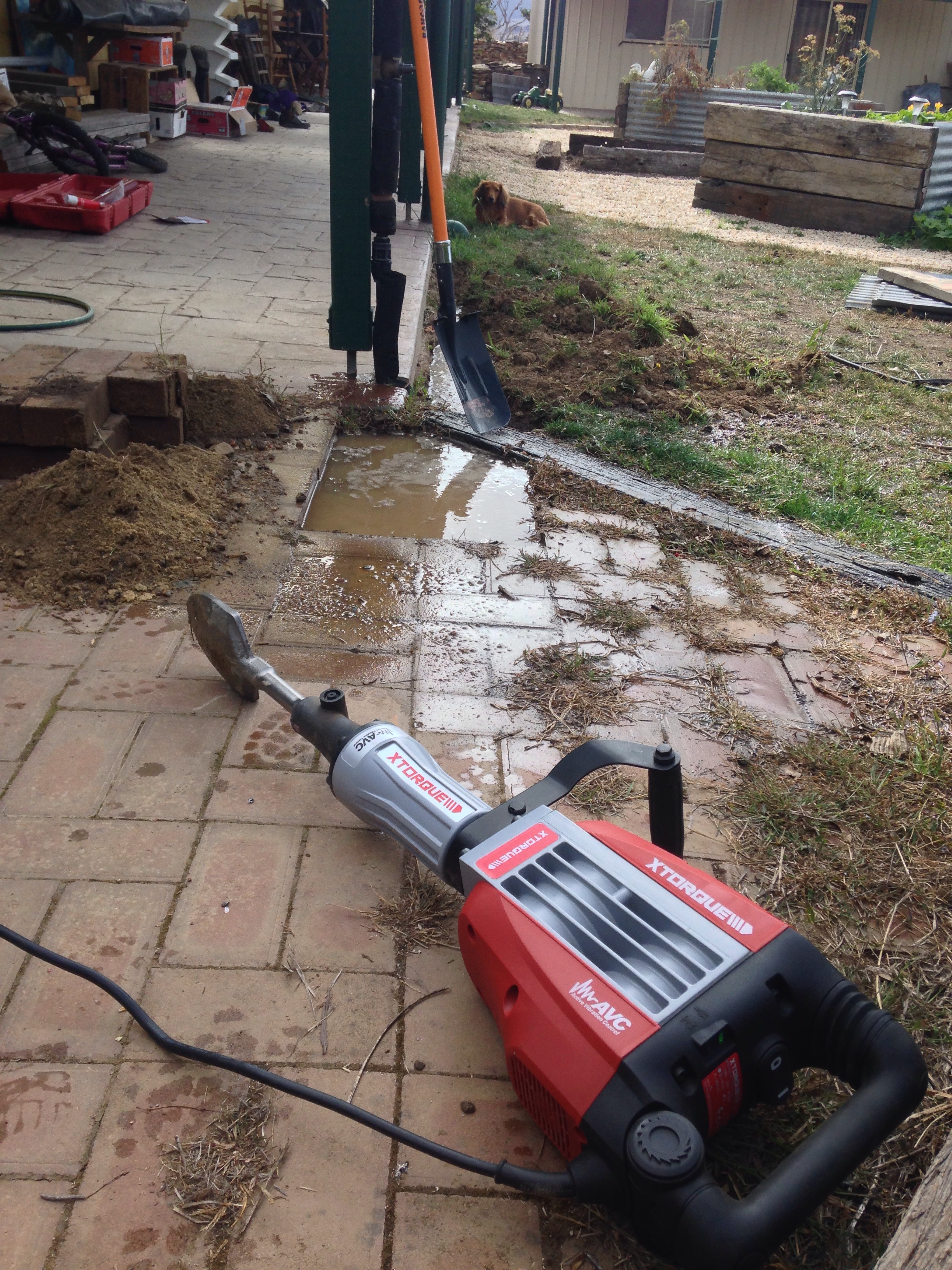 Oops…. The mighty hound is not impressed.

As is always the way when I have just broken something or done something spectacular, Jo arrived and surveyed my handiwork.   So I did  the only sensible thing I could think of.  I enlisted her help to bucket out the water and survey the damage. 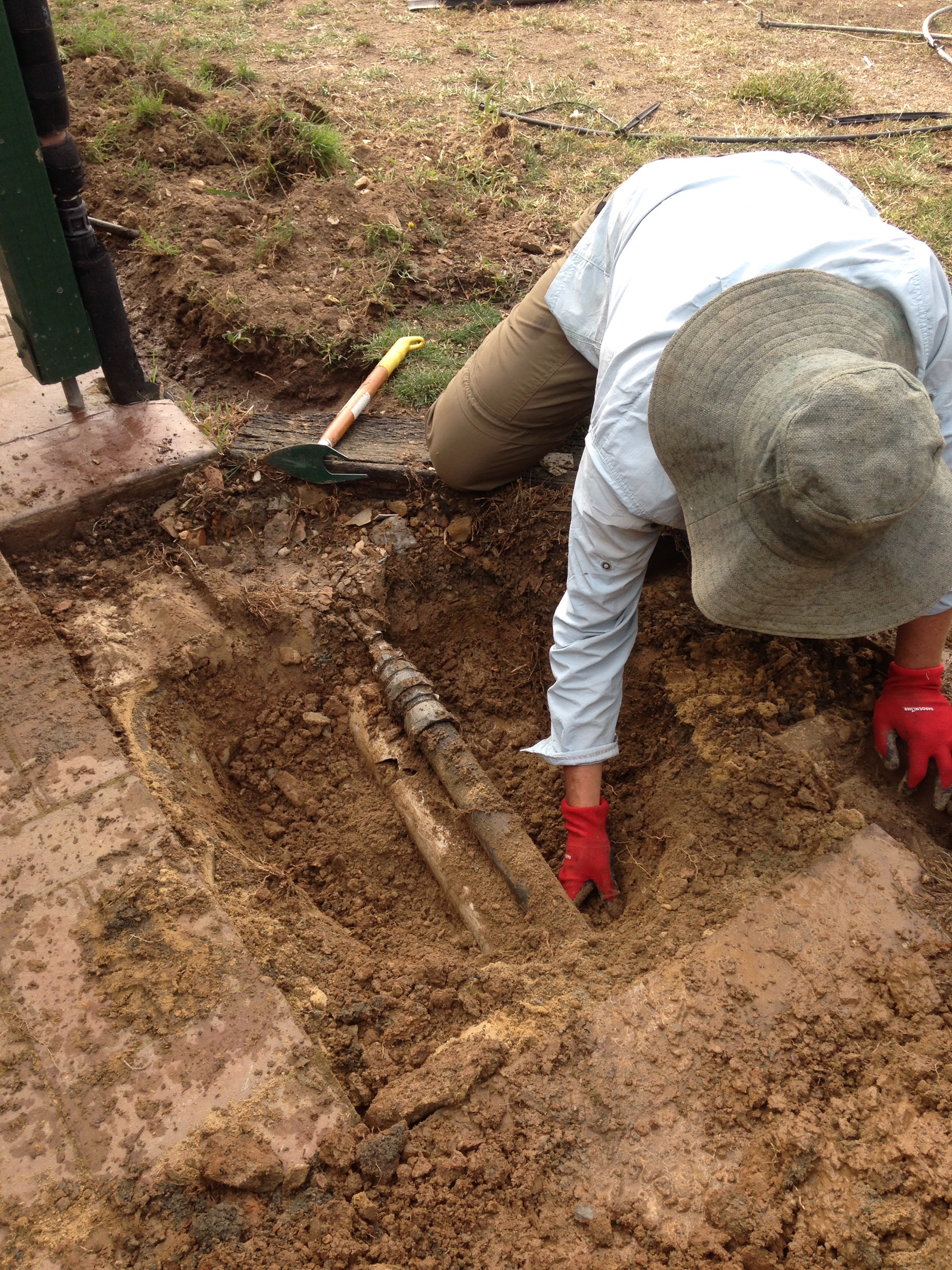 Digging reveals the extent of the damage

As feared, I had penetrated a down pipe.  The pipe was full of water destined for our water tank.  It was imperative that I get the pipe repaired as soon as possible.  At this point in time, I could have called a plumber to come and have a giggle at my expense – or I could have a go at repairing the joint myself.

The problem with repairs to 90 mm pipe that is embedded in the ground, is that you can’t use two slip joints to repair the pipe.  I had to use a flexible rubber joint – and of course I didn’t have one of those in the shed.

After a quick dash to town for the relevant bits, it was a simple process to cut out the damaged pipe (it was cracked as well as holed).  After a trial fit, the slip joint was glued into position.  The flexible joint was then slid up over the gap and the hose clamps tightened.  I used a smear of waterproof lubricant to make it easier to slide the flexible joint over the pipe. 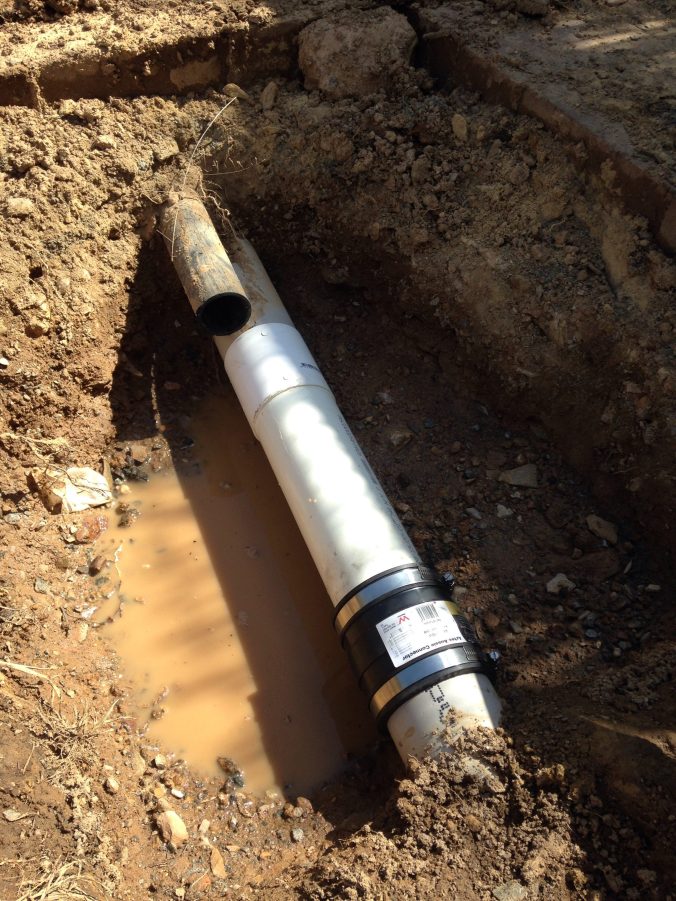 After refilling the system with water (including several flushes) the system was checked and found to be holding water. 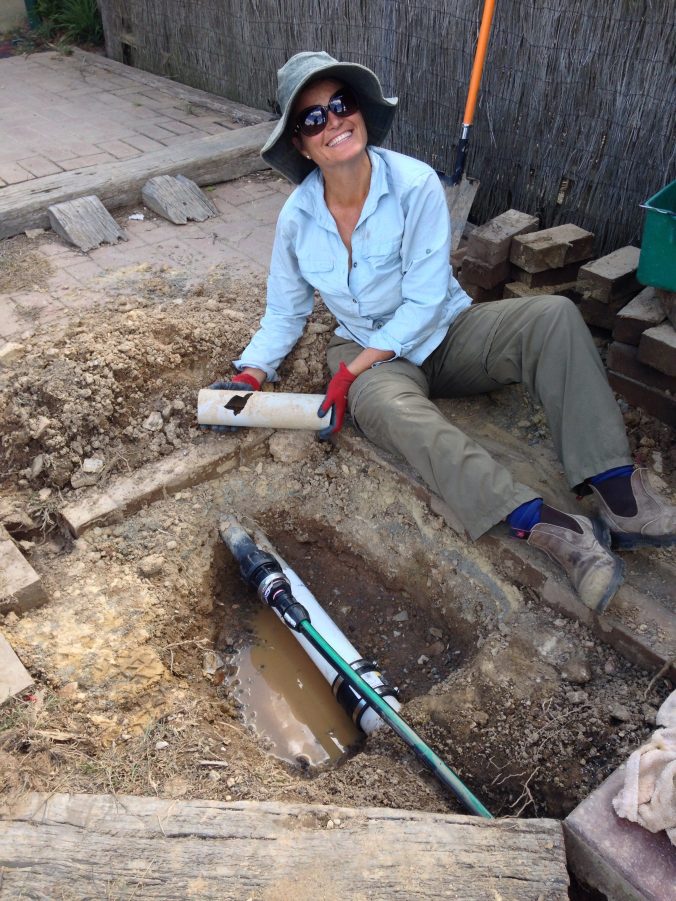 I was then able to put the new joint on the rural poly pipe above the down pipe and declare the little job completed.

Well – there was the small matter of filling in the hole and relaying the bricks, but the hard bit was done!