As short time custodians of the Rock Farm, we have a responsibility to leave our land in better shape than we found it.  It can be a bit daunting, but we have found many people  and read several books that have helped us start this journey.

The Rock Farm is in a region of Ordovician shale – and the soil best described as thin, gravel based lithosols (soil consisting of unweathered or partly weathered shale fragments).  The land has been previously cleared, and heavily grazed.  When the grass or ground cover is broken, the fragile soil is lost forever leaving bare patches of earth where nothing grows. 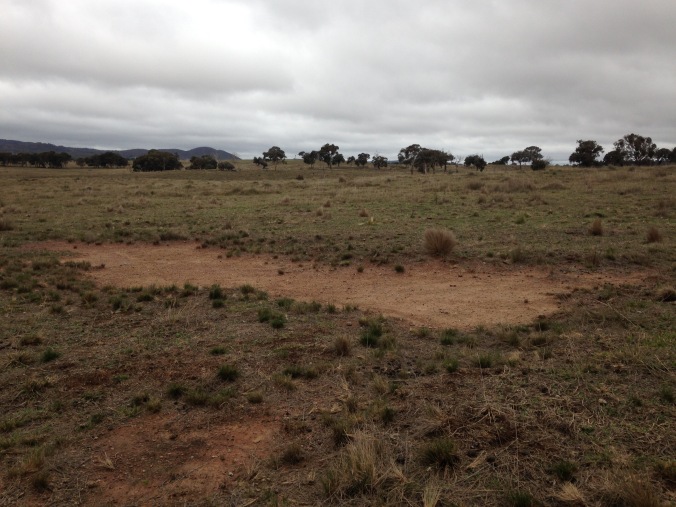 In the few years before we bought the block, the stocking rates had been significantly reduced.   This allowed an explosion of young sapling trees in one paddock.  The old remnant trees were surrounded by many saplings – which was very pleasing to see. 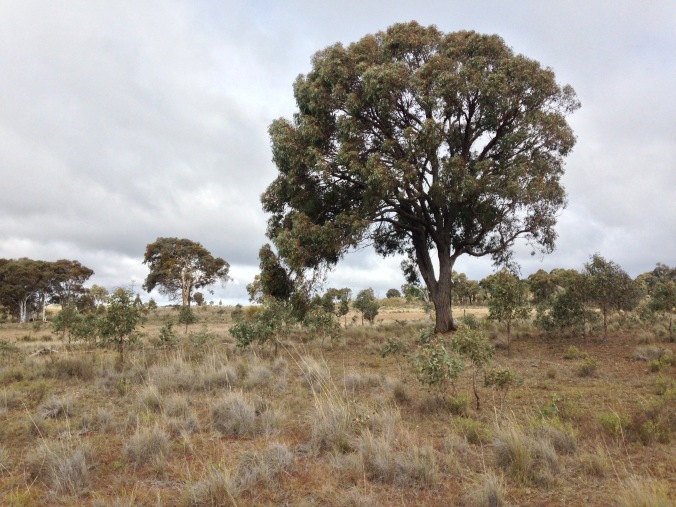 The bare soil however was a problem.  The first priority was to stabilize the soil – and protect it from further erosion.   The easiest way for us to do this was to simply spread lawn cuttings around over the bare soil.  The cuttings protect the soil from wind and animals walking over it. The cuttings also over time will break down, releasing nutrients into the soil. 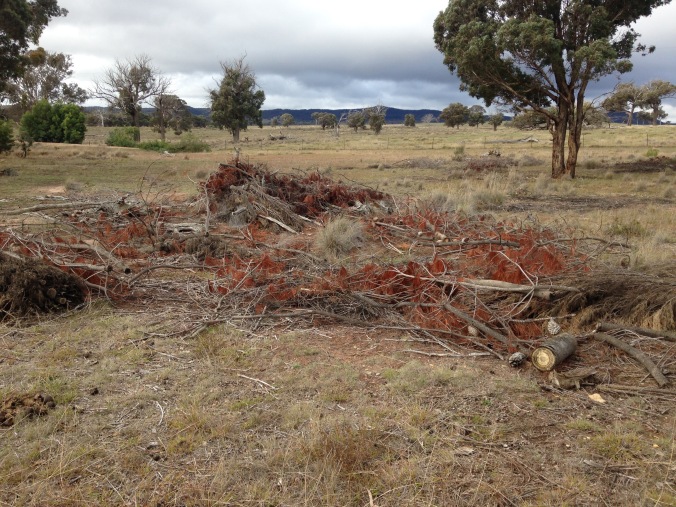 This is not a quick process.  In the hot and dry or cool and dry climate of the Southern Tablelands, this organic material will take years to break down.  But in the mean time, we hope it will provide shelter to allow grass, shrubs, even weeds – anything to grow.  In the mean time, the plant material provides homes and food for many native beetles and bugs.  These in turn increase the number of insect eating birds that visit our place – a real win-win scenario. 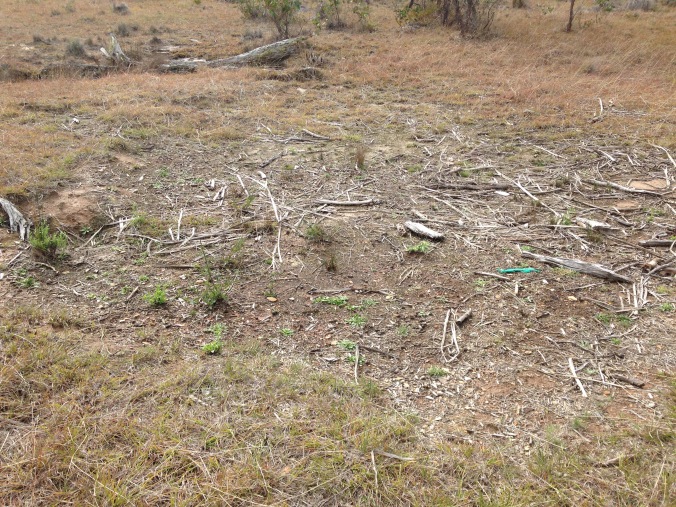 This is a patch that in 3 years, has broken down and is showing signs of colonisation by grass and weeds. The weeds are a sign that the system is out of balance – but repairing.  As the soil improves, the grasses will out compete the weeds (we hope). 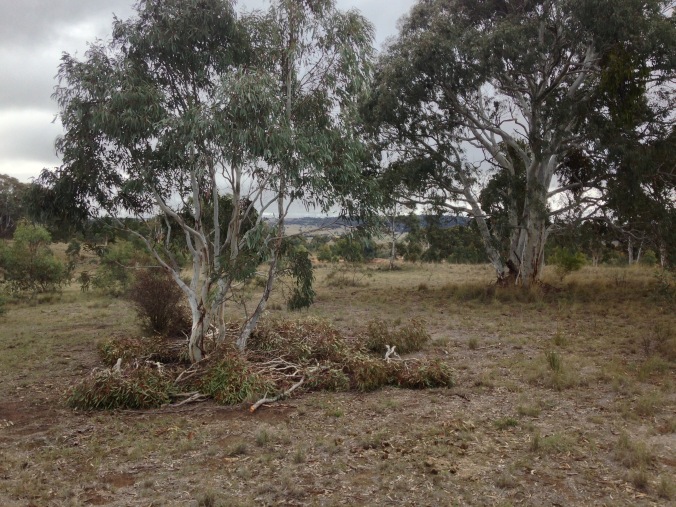 Even bigger trees can benefit from protection too

It is a technique I use all the time.  I now cut green timber for firewood (see previous post), and I spread the small green branches over bare soil.  Within a year, the area is a hot bed of insect activity, with many small grubs and beetles munching their way through the bark and leaves, creating a rich organic soil.  The trees soon recover from the branch or two that I lop off, and the added bonus is the richer soils. 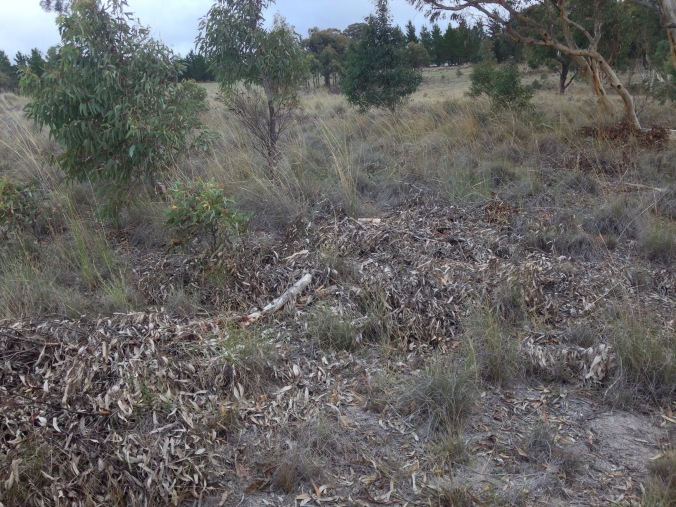 Of course this process only works on small patches and it takes a long time to come to fruition.  Its best feature is it costs next to nothing – and uses natural processes.  To dramatically increase soil fertility quickly, you need to conduct soil tests, and import fertiliser – preferably an organic or natural compound.

There are many different fertilisers that can be used – but I will discuss these in a later post.

If you are interested in further reading, check out: